The company was incorporated in early 2020, with plans to work and invest in the upstream sector of the petroleum industry – namely exploration, appraisal, development and production of oil and gas.  Following a successful Initial Public Offering (IPO) of shares in early/mid December 2020, the company was admitted to the London Stock Exchange on Dec 30 2020.

Mandhir Singh (BSc Hons, MSc) originally trained as a psychologist before migrating into the financial sector.
He worked for a number of stock broking firms (e.g. Brewin Dolphin). During this period, he qualified to deal in securities, options, futures and commodities. He also qualified to handle and manage clients’ money. During his career, he advised clients in respect of individual stock selections as well as helping them manage their stock portfolios

Glyn Roberts is an UK based Petroleum Exploration Geologist who has worked in this field since the late 1970’s, initially with the major seismic survey service companies, before setting up in the early 1990’s independently and with colleagues, companies specialising in both multi-client seismic surveying (the driving force in petroleum exploration); and private oil and gas companies – securing and farming out onshore acreage in the UK and France as well as acreage offshore the UK.

He has experience in the identification and assessment of areas for hydrocarbon exploration and development, and has been the lead author on over 30 papers published and/or presented at Exploration and Production conferences, on the hydrocarbon potential of various basins and regions including the East and West Mediterranean, the Middle East, India, the Far East, the Gulf of Mexico, Brazil and East Africa.

Separately to his work with Wildcat, he is also involved with Multi-Client Seismic projects as a director of Spec Partners Ltd.

Mr Edelson is a distinguished entrepreneur and investor who has been part of a number of successful projects involving shell companies. He is currently a non-executive director of Manchester United F.C., Chairman of SysGroup plc and on the Board of a number of private companies and charitable trusts. He has helped to float over 20 companies during his career, one of which was ASOS.

The Company will be drawing upon Mr Edelson’s extensive experience and connections to help it source investment opportunities and develop business partnerships. As part of the Company’s commercial strategy, it is also looking to deploy blockchain technology to acquired future assets in order improve efficiencies of oil and gas trading when completing transactions across multiple markets. With Mr Edelson’s track record of working with technology businesses, the Company believes he will be able to add important value to its ambitions in this area.

The Directors of Wildcat consider Professor Taeed to be a world leading expert in cryptocurrency and a pioneer within the cryptocurrency and blockchain world, with numerous achievements to his name. He was the first person to achieve a professorship in Blockchain when he was appointed to that position at Birmingham City University in 2018. He is also currently an advisor to the Chinese government, the largest and most developed blockchain market in the world, with a Digital Yuan currently being piloted.

He is presently the Editor in Chief of Frontiers in Blockchain, a prominent peer reviewed blockchain journal and is regularly interviewed by the mainstream media. His prominence in the world of blockchain and cryptocurrencies has even led to an invitation to deliver a speech to the Vatican. In 2017 Professor Taeed was the first person in the UK to conduct an official Initial Coin Offering (“ICO”) aligned with regulation (“Seratio”) and has been involved in over 20 crypto-fundraising projects since.

Professor Taeed will advise and assist Wildcat in our plans to implement blockchain technology within the Oil & Gas business.

Mr T.C. the virtual representative of Wildcat Petroleum in these times of social distancing & restricted travel ! 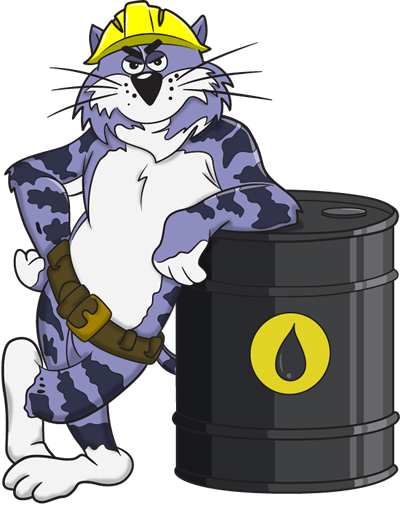